The media likes to tout that Israel’s strength, as a democracy, lies in “secularism” not religiosity. Let’s define secularism shall we? “Secularism” can be aptly defined as a disassociation from any one particular religion or philosophy. But here’s the truth, Israel never had secular roots! On the contrary, Israel” (as a nation, people, and philosophical idea) is founded upon the Torah/Biblical premise of God - God as defined in Torah. Let’s explore that a bit deeper. The Jewish definition of God (God as “Creator” as explained at length in Kabbalah) is “Two opposing yet complementary states of  existence arising simultaneously.” In other words, the Biblical God allows for alternate or opposing states of existence to manifest simultaneously and harmoniously, e.g. good and evil. This necessary “duality” allows for all the opposing/contrasting experiences that define the human condition, physically and spiritually.

For example, good (as a concept) can only be known because, experientially, we have each tasted (endured) its definable opposite, evil. In the same vein, my sense of light (daytime in the physical circadian sense) is defined to my mind precisely because of its experiential contrast, night. From a Torah perspective, all states of duality/contrast, arise from unity (as evidenced by the fact that it takes two opposing states to define one thing, e.g. good and evil are the bookends that define morality). When two opposites (from our perception) are focused toward a mutual objective, they are in truth, one.

From the above we can better understand the land, culture, and people of Israel. In the Torah, Israel is called, “A land flowing with milk and honey” (Deuteronomy 31:20). Explains Kabbalah, “Honey” is linked to judgement (for reasons it would take too long to explain), while “milk” is linked to kindness - two opposites. By stating that milk and honey (two opposing forces) “flow” together, the Torah wishes to inform us that this is a land, a consciousness, wherein opposites are capable of coexisting! And why does Israel, uniquely, possess this quality? Answers the Zohar, because God, Torah, and Israel (the people and land) are one.” Hence, just like God (as Creator) sustains opposites, so too, the nation and land of Israel sustains opposites. It is not secularism, God forbid, that gives Israel its “expansive borders” - the power to unify a variety of people, cultures, and perspectives - no. It’s its (the land’s) intrinsic connection to the Divine (who sustains opposites as explained above.) From the above it should be of no surprise that Israel is the only nation in the whole Middle East that has freedom of press, freedom of internet, freedom of religion, freedom of sexual identity, freedom for women, etc. It is a land of freedom because it’s bound to the people of freedom who are connected to the Torah of freedom that is one with the God of freedom. It’s a Jewish land first and foremost (as evidenced by its archeology, history, and theology), but its integrative all inclusive Divine nature - the power to sustain opposites - welcomes all.

May we all merit to make Israel, its integrative consciousness, part and parcel of our very being.

Chanukah is upon us and in addition to the delectable smell of potato latkas cooking in the kitchen and the beautiful lights of the Chanukiah (Menorah possessing 8 branches) glistening from windows lining the streets, the laughter of children can be heard echoing in the hallowed halls of many a home as they busily spin the 4 sided top we call (in Yiddish) Dreidal. Dreidal (Sevivon in Hebrew) is an ancient game that is simultaneously simple and complex, i.e. simple to learn and play (even a very little child can do it), but complex (profound) in its meaning (even learned scholars contemplate its meaning).

Let’s begin our analysis by first explaining the rules of the game. The Dreidal top possesses four sides, each of which possesses a letter of the Hebrew alphabet. These four letters are called Nun, Gimmel, Hey, and Shin. The rules are are simple. Each player begins with 10-15 coins (sometimes tokens, matchsticks, or chocolates are used), and they each must place a single coin or token into the center, the “pot.” The players will now take turns spinning the Dreidal. If the Dreidal (upon completing its spin) falls on the letter Nun, the player acquires (that round) nothing. If the Dreidal should fall on the letter Gimmel, the player will acquire everything - all the coins in the pot are now his (forcing each of the remaining players to put yet another coin into the pot). If the Dreidal lands on the letter Hey, the player acquires half of the pot. Lastly, should the Dreidel land on the letter Shin, the player places a single coin into the pot. The goal of the game is then this: spin the Dreidal and land on the Hey or Gimmel (the letters that mean “half” and “all”), for only then, when you have successfully collected all the coins from the pot and the other players, is the game over. Naturally, not everyone’s first spin will land on a Hey or Gimmel (the letters that allow you to collect coins from the pot). Most players will be forced to spin again and again before their efforts are met with success.

What is the spiritual lesson?

Chanukah is about the miracle of “transformation,” the conversion of our individual and collective darkness into the very brightest of lights. But such a feat is not easily achieved, for our darkness - our evil - will not yield without a fight. To that end, we must assume that our initial efforts will be met with tremendous resistance, a resistance that will seem, at first, too mighty to overcome. It may even seem that we are powerless against it, that we lack the skill and ability to complete the mission, God forbid. But failure, Dreidal teaches, is never an end, only a crucial step on the path to success. We must be willing to “spin our Dreidal,” to take a chance, again and again until our efforts our met with success. Only then, after our considerable efforts to grow and transform, will we win back all the Divine sparks (a Kabbalistic term for the Divine lights concealed in every point of reality) from the darkness of our lesser selves. This, explain the Sages, is why these 4 letters of the Dreidal: Nun, Gimel, Hey, and Shin (that tell the story of failure and success) possess the same numerical value of “Moshiach” (“Messiah”), both of which equal 358! For it’s only when we are willing to to spin our “Dreidal” again and again, to fight for the light even in the face of darkness and failure, that we will tip the scales of redemption and merit the ultimate  revelation of the Messiah (the ultimate transformation of darkness into light as explained by the Sages).

So play on and remember, your past failures are only stepping stones on the way to ultimate victory. It may be your next spin that wins all!

“It all started with a chair.” So declared actress Ellen Page in the critically acclaimed film, Juno. Now in Juno, the whole teenage drama (Juno’s pregnancy) unfolds around one irresponsible evening involving, you guessed it, that chair. Was there a message? Most assuredly: don’t leave your teenage daughter unsupervised! As a Rabbi, I must confess, I never thought I would be borrowing a line from a film about teenage angst, but here it goes, “It all started with a chair.” Let me explain.

Two days ago I took my blessed family vehicle to a car wash and like any good citizen, sat waiting in the designated sitting area patiently awaiting my car’s return. Not more then 3 minutes had passed when the most annoying ear-penetrating sound I had ever heard (think car alarm but high pitched) began ringing in the area I was sitting. Let’s just say that any illusion of tranquility was gone in an instance. The seconds ticked by but no one came running to fix the ringing problem, so I did what any annoyed person would, I stared menacingly at the three workers washing the vehicle from which I could swear this blasted evil noise was emanating. Some thirty seconds later an attendant approached me saying, “Sir, would you mind getting off that massage chair, it beeps when you don’t pay?” Naturally, I jumped off that massage chair, apologizing profusely for my lack of discernment. Wow, the whole time it was me. I was the noise! That got me thinking, how often do we hear “noise” coming from others, forgetting altogether to first examine ourselves? How often do we project blame on others for the noise we create? The answer: all the time. See, I told you it began with a chair!

From a Torah perspective this practice of projecting blame is particularly problematic, seeing as our Sages have cautioned, “Beautify yourselves and only then others,” i.e. first fix YOU, and, only after, others - the greater world. If we constantly blame others, shift the responsibility away from ourselves, how can we possibly do the inner work needed (and prerequisite to) the fixing of the greater world? To remedy this problem, the Ba’al Shem Tov (founder of the Chassidic movement), teaches, “View each and every person as your mirror,” i.e. a reflection of yourself. Hence, if I happen to see (or become aware of) someone else’s inadequacy, I should immediately turn inward and search (until I find) its manifestation in myself.

To give an example:

Let’s say I become aware that my neighbor  engaged in thievery. Following this “mirror principle” of the Ba’al Shem Tov, I should avoid joining those who would immediately point their finger and condemn, but instead, look to discover where I too share some of that taint. Perhaps, as an example, I am guilty of stealing time, of wasting someone else’s precious time (I was late or I didn’t show up). Perhaps, I am guilty of wasting God’s time, of not using my time on earth wisely - to carry out my Divine mission. Either way, if I search deeply within myself, I can find a way to relate to my fellow. Such awareness not only negates idle chitchat (me speaking badly about my neighbor), but provides a clear path toward rectification - improving myself.

In short, heaven shows us flaws in others that we may repair (that quality) in ourselves!

Always Check The Mirror
“It all started with a chair.” So declared actress Ellen Page in the critically acclaimed film, Juno...
Read More
05 December 2019 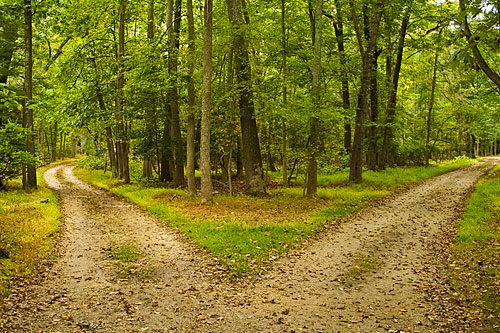 Finding Your Option B
Today, I woke up in dread. A feeling of loss, of deep sadness, weighed heavy on my heart. For a mome...
Read More