The media likes to tout that Israel’s strength, as a democracy, lies in “secularism” not religiosity. Let’s define secularism shall we? “Secularism” can be aptly defined as a disassociation from any one particular religion or philosophy. But here’s the truth, Israel never had secular roots! On the contrary, Israel” (as a nation, people, and philosophical idea) is founded upon the Torah/Biblical premise of God - God as defined in Torah. Let’s explore that a bit deeper. The Jewish definition of God (God as “Creator” as explained at length in Kabbalah) is “Two opposing yet complementary states of  existence arising simultaneously.” In other words, the Biblical God allows for alternate or opposing states of existence to manifest simultaneously and harmoniously, e.g. good and evil. This necessary “duality” allows for all the opposing/contrasting experiences that define the human condition, physically and spiritually.

For example, good (as a concept) can only be known because, experientially, we have each tasted (endured) its definable opposite, evil. In the same vein, my sense of light (daytime in the physical circadian sense) is defined to my mind precisely because of its experiential contrast, night. From a Torah perspective, all states of duality/contrast, arise from unity (as evidenced by the fact that it takes two opposing states to define one thing, e.g. good and evil are the bookends that define morality). When two opposites (from our perception) are focused toward a mutual objective, they are in truth, one.

From the above we can better understand the land, culture, and people of Israel. In the Torah, Israel is called, “A land flowing with milk and honey” (Deuteronomy 31:20). Explains Kabbalah, “Honey” is linked to judgement (for reasons it would take too long to explain), while “milk” is linked to kindness - two opposites. By stating that milk and honey (two opposing forces) “flow” together, the Torah wishes to inform us that this is a land, a consciousness, wherein opposites are capable of coexisting! And why does Israel, uniquely, possess this quality? Answers the Zohar, because God, Torah, and Israel (the people and land) are one.” Hence, just like God (as Creator) sustains opposites, so too, the nation and land of Israel sustains opposites. It is not secularism, God forbid, that gives Israel its “expansive borders” - the power to unify a variety of people, cultures, and perspectives - no. It’s its (the land’s) intrinsic connection to the Divine (who sustains opposites as explained above.) From the above it should be of no surprise that Israel is the only nation in the whole Middle East that has freedom of press, freedom of internet, freedom of religion, freedom of sexual identity, freedom for women, etc. It is a land of freedom because it’s bound to the people of freedom who are connected to the Torah of freedom that is one with the God of freedom. It’s a Jewish land first and foremost (as evidenced by its archeology, history, and theology), but its integrative all inclusive Divine nature - the power to sustain opposites - welcomes all.

May we all merit to make Israel, its integrative consciousness, part and parcel of our very being. 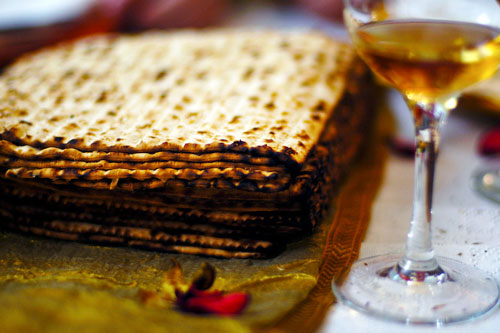